The Best Foods for Lung Health Keeping your lungs healthy is essential to feeling your best. Research has shown that what you eat can help protect your lungs and even reduce lung damage and symptoms of disease. There are specific nutrients and foods have been identified to be particularly beneficial for lung function. Here are 9 of my favorite foods which help boost lung function!

Cacao and dark chocolate can open lung airways, improve lung function, reduce the symptoms of respiratory allergies and even protects against lung cancer. Convenient, right? I'll have a piece right now, thank you. Cacao is high in theobromine and flavonoid antioxidants. Theobromine relaxes lung airways and flavonoid antioxidants are indicated in better lung function. So, go ahead and have some chocolate.

Open your lungs: Time for a mocha now. Clearly. And, why not? Coffee is packed with caffeine and antioxidants, which is beneficial for lung health. Coffee opens your lungs and makes them work better, as well as treating asthma because caffeine dilates blood vessels.

Keep lung function from declining: Blueberries are a rich source of powerful antioxidant pigments called anthocyanins, which protect lung tissue from oxidative damage. One large scientific study found that consuming 2 or more servings of blueberry per week slowed the decline of lung function by as much as 38%.

Want to breathe easier? Spinach is high in magnesium which relaxes the bronchioles - the tiny airways inside your lungs. In a number of studies, higher magnesium intake has been associated with better lung function and a reduced risk of lung cancer and COPD.

Improve your lungs: A study of 2,478 people found that taking curcumin, a compound inside of turmeric, had substantially improved lung function. Plus, smokers who had the highest intake of curcumin had nearly 10% greater lung function than smokers who did not consume curcumin.

Stop asthma: Consuming olive oil may help protect against asthma. A study of 871 people found that those who had high olive oil intake had a reduced risk of asthma. Olive oil is a concentrated source of anti-inflammatory antioxidants.

Brazil nuts are amongst the richest sources of selenium that you can eat and studies show that a high selenium intake may help protect against lung cancer, improve respiratory function for those with asthma, and enhance antioxidant defenses which may help improve lung health. Studies show that people with higher blood levels of selenium have greater lung function, compared with those with lower levels of these nutrients. 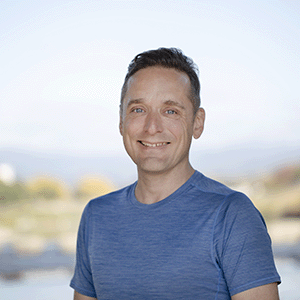